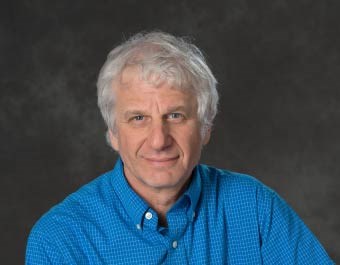 Bert Goldstein has served as director of the MSU Federal Credit Union Institute for Arts and Creativity at the Wharton Center for Performing Arts on the campus of Michigan State University since 2008. As director Mr. Goldstein oversees all Institute educational programming. Key programs he oversees include the Act One School Series, which brings thousands of school children to see professional performances of theatre, dance and music, and the Act One Family Series, which provides family programming. Goldstein also manages the Kennedy Center Partners in Education program for teacher development, the Young Playwright’s Festival both in East Lansing and in Traverse City, and Wharton’s artists in residency and master class programs, which include groups like the Stratford Shakespeare Festival, River North Chicago Dance, Ballet Hispanico, Tiempo Libre, Esperanza Spaulding, Seana McKenna, and Wynton Marsalis, to name to a few. He helped create Wharton Center Theatre Production, which has produced several theatre pieces for the Institute including tours of plays for young audiences, and he produces many of the theatre productions brought into the Wharton Center from around the US and international venues. Goldstein is also responsible for Wharton programs brought to Grand Rapids and Traverse City, Michigan, and other statewide expansion. Under his leadership the Institute serves close to 30,000 learners of all ages across the state of Michigan in a wide variety of venues. Goldstein has produced and directed several productions on behalf of the Wharton Center, including collaborative productions with the Williamston Theatre, the Stormfield Theatre, and the Michigan State University Department of Theatre. Theatre productions range from programs for elementary school audience to plays for adult audiences, and have included Theory of Mind, Garden of Joy, The Shape of a Girl, and Master Harold and the Boys. For the 2016-2017 season he commissioned playwright Jose Cruz Gonzalez to write a play on human trafficking that will premiere at Wharton in February of 2017.

Prior to his employment with the Wharton Center Goldstein was the director of education for the two-time Tony Awarding winning Cincinnati Playhouse in the Park for 12 years, where he directed and produced over 40 productions for young audiences that toured the region. Each season a new play or musical was commissioned and Goldstein brought to Cincinnati some of the best playwrights for young audiences in the country, including Jose Cruz Gonzalez, Elizabeth Wong, Doug Cooney, and Melissa Cooper. He also directed projects for the Cincinnati Symphony. In addition to the touring program he supervised all the theatre’s educational programs, from its school residencies and community collaborations to classes and camps.

Goldstein spent 17 years in New York City working as an actor, director, and arts educator. For many years he was affiliated with the Lincoln Center Institute and also worked for the educational programs at Manhattan Theatre Club, the Theatre Development Fund ( the educational organization for Broadway) , Theatre for a New Audience, TADA, the National Actor’s Theatre, and Young Audiences New York to name a few. He graduated from Macalester College in St. Paul, Minnesota. He is married to Linda Reiff and together they have one daughter, Lianna Chun.